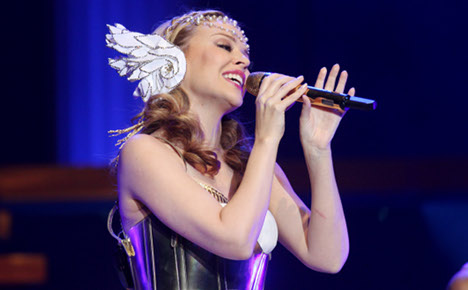 Germany is the thirteenth country to allow the Swedish start-up through its firewall since it began in 2008, but not without a struggle.

Heated discussions with state copyright authorities, which have a notoriously fierce stronghold over online streaming services, had previously hindered the company’s German launch.

While company founder Daniel Ek says Spotify is in a “good position” to enter the German market, music royalties organisation GEMA is yet to give its blessing to Spotify.

“We are locked in intensive discussions with Spotify that are yet to be concluded,” said a GEMA spokesperson.

The organisation blocked German users from accessing Grooveshark, a similar programme to Spotify, earlier in 2012.

A Spotify spokesperson told The Local, “We don’t comment at all on our commercial relationships. All we can say is that all of the stakeholders we have spoken to in Germany have been extremely supportive of Spotify.”

It has been successful in negotiating deals with other country’s copyright authorities, having paid over €200 million in licensing fees since 2008.

The service, which started as a cult hit, grew into a phenomenon in the 13 countries it is available – including France, the UK and Sweden, and is currently the second biggest online music platform in the world.

Users can choose between a free membership, which limits the amount of times a song can be played, or opt for paid access to the service.

A €4.99 membership will get a user unlimited access to songs whilst online, and enable them to use Spotify abroad, while €9,99 grants mobile and offline usage as well. According to the company, there are around three million paying users.

Spotify told The Local that numbers on the launch day “have exceeded our expectations in both the response to the free service as well as subscriptions.” Many of these subscribers had been on a waiting list for months.