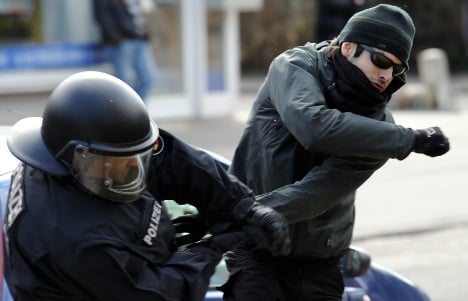 Information from a secret police report was published early on Wednesday in a Bild daily exclusive.

In 2011 there were 1,228 violent incidents in which 2,505 police officers were injured. These figures have risen by over 12 percent and 21 percent respectively since 2010.

Of these attacks, many of which involved the use of bricks, mace or knives, 540 police officers were severely injured and 23 were shot – none fatally, however.

The report identifies overcrowded public areas, such as train stations, airports, demonstrations, and football matches as particularly dangerous. In 2011 in particular, protests against the nuclear waste transports into Germany bumped the number of violent attacks up considerably.

Over half of attackers were found to be under the influence of alcohol or drugs. More than one in 10 was a woman, and a quarter were not German citizens, Bild reported.

Of the large German cities, Berlin was the most dangerous, where around 290 police officers were attacked on the job in 2011.