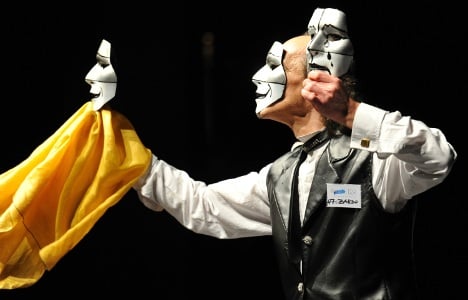 The show, featuring illusionists from Germany, Austria, Switzerland and Spain, broke the previous record of 62, set in Italy two years ago. Official Guinness judge Seyda Subasi-Gemici was on hand to present the magicians with an official certificate in front of the audience of 370.

The three-hour gala show was put on to celebrate the centenary of the magician’s society “Magic Circle” in Germany. It included three magic world champions, two world championship runners-up and several other international prizewinning conjurers.

The show also included local state Transport Minister Winfried Hermann and Olympic champion athlete Dieter Baumann, who were conjured onto the stage in a car.