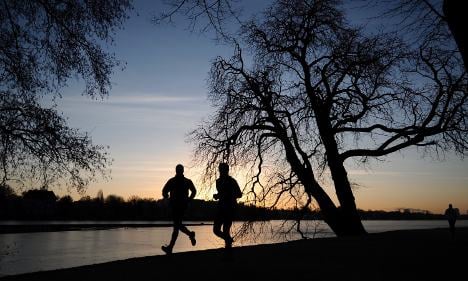 On Wednesday night, the country’s northern and central states will be wet, with intermittent showers through to the small hours. The south will avoid the rain, with patchy clouds scattering the sky and a fresh wind in the first part of the evening.

Temperatures will stay between two and seven degrees Celsius in the north, while in the south they will be a little chillier, settling between plus one and minus six.

By Thursday daytime the rain will have spread south to Bavaria, “which will mix with freezing rain, creating a danger of very icy conditions.”

There will be sunshine in the north-east and around the foothills of the Alps, while everywhere else will be grey and drizzly, with relatively high winds up and down the country.

Thick clouds will have covered most of the country by Thursday night, with some unlucky areas being hit by more freezing rain. Highs of nine degrees are expected in the Lower Rhine area.

On Friday morning a band of dense clouds is expected to settle across the middle of the country, bringing rain and sleet. The south will be sunnier all day, and the north sunny in the afternoon.

“Friday temperatures will almost feel like spring,” said Beyer, as highs of between nine and 13 degrees Celsius are expected nationwide towards the afternoon. But there will be gale-force winds in mountainous areas.

Rain across the centre of the country will move gradually south through the night, leaving clearer patches and balmy highs of six degrees. All hilly areas are forecast to stay frosty.

By Saturday the whole country should enjoy cool spring-like weather, with scattered clouds and broken sunshine throughout the day. The Upper Rhine region will see highs of 12 degrees Celsius, while alpine areas will stay at a chilly three degrees.