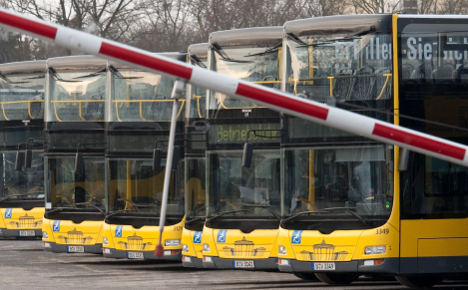 The capital, always full of tourists at weekends, was also hosting the Berlinale international film festival and was expecting around 70,000 football fans due at the Olympic stadium at 3 p.m. to watch Hertha BSC play Dortmund BVB, the Berliner Morgenpost daily reported on Saturday.

“The strikes on Saturday are just a light warning” said Andreas Splanemann, spokesman for services union Verdi. He added that if their demand for a wage matching inflation rates was not met, the situation would escalate.

Verdi is calling for better wages from the BVG, Berlin’s public transport company, although pay rates are set by the Association for Municipal Employers (KAV), which has said a decision would be made on Monday.

In Frankfurt airport, two-day-long strikes came to an end as planned, as employees also protested for increased pay.