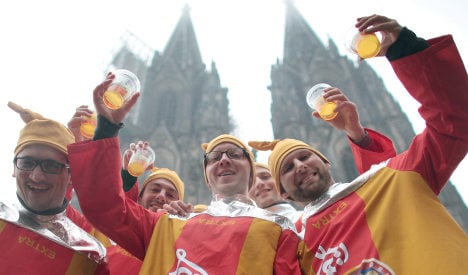 American Anton Pasckvale told The Local he loved Carnival but was increasingly frustrated at being unable to understand the singing which goes along with the drinking. Even as his German improved, the verses of Carnival songs, sung in deepest Kölsch dialect, remained a mystery.

And his German wife Eva Müller who comes from just down the road in Düsseldorf, not only got fed up trying to translate for him, she often struggled to unpick the words for herself.

“We have been living in Cologne for four years, and although my German is not good, Kölsch is another language altogether,” said Pasckvale. “A year or so ago, we were in Carnival and I was asking what they were singing, and said ‘I wish I had a song book so I could at least understand, if not sing along.’ Eva came up with the idea of writing a pamphlet translating some of the songs into English.”

The couple had to do plenty of detective work to find where they could get permission to reproduce the original words of the songs. Then they sat together with Eva pulling apart the Kölsch and Anton helping her put the English translation into a form which fitted the music, even if it didn’t always rhyme.

“The English text fits well enough with the music to be able to sing along; Eva did a fantastic job,” said Pasckvale.

The couple printed an initial run of 2,000 copies of the book “Carnival songs of Cologne” and have put them for sale at a number of bookshops and hotels throughout central Cologne.

“We have noticed that many of the people buying them are Germans who have friends coming to visit from English-speaking countries. It is really fun for when they come over and go out,” said Pasckvale.

An example of impenetrable Kölsch singing from the book:

Have a drink with us, don’t make such a fuss.

Why’re you standing here all by yourself? Even though you’re broke,

Don’t you give a damn, drink with us, don’t let it bother you. 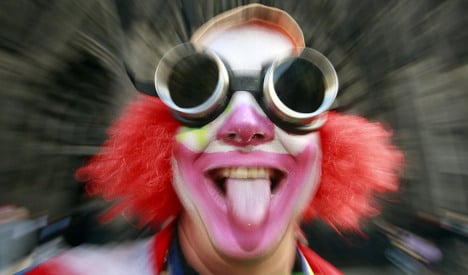 KARNEVAL
The Local’s guide to Karneval 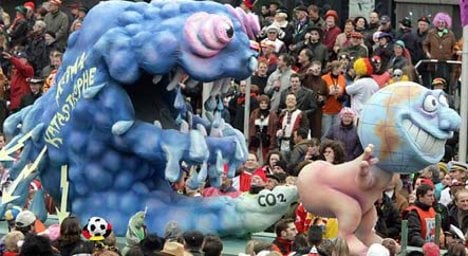