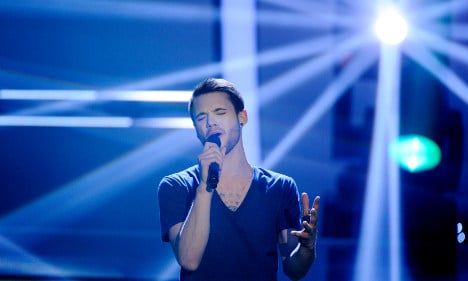 He beat the only other remaining candidate, 27-year-old Ornella de Santis, after they each sang three songs. Television viewers first picked the song and then narrowly decided upon Lob to sing it.

“I love this song, and I love this guy,” said Thomas D, a famous German rap artist who headed the jury shepherding the German Eurovision entry.

Eurovision, a kitschy annual music competition that launched the careers of ABBA and Celine Dion is watched each year by an estimated 120 million people around the world. Azerbaijan won the right to host it after the duo Ell/Nikki took first place last year.

Lob follows in the footsteps of Lena Meyer-Landrut, whose song “Satellite” in 2010 snared Germany’s first victory in three decades. She tried to defend her title last year in Düsseldorf but only came in 10th place.

The staging of this year’s contest in Baku has drawn attention to the poor human rights record of host country Azerbaijan.