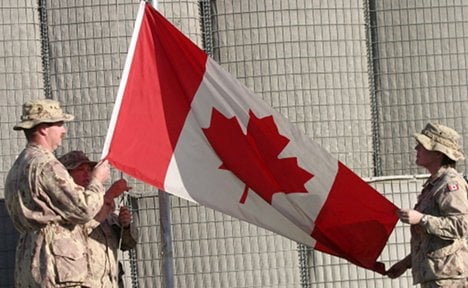 The new “operational support hub” – along with others to be set up around the world – will allow Canada to deploy troops and supplies to distant hotspots on short notice, said a joint statement by the German and Canadian governments as German Defence Minister Thomas de Maiziere paid a visit to Ottawa.

It’s still not clear when the base at Cologne-Bonn Airport will be set up or how many Canadians will be there, although troop numbers will not approach the tens of thousands of Americans currently stationed in Germany.

De Maiziere told a press conference that he and his Canadian counterpart, Peter MacKay, are also discussing missile defence, the future of Afghanistan and the nuclear component of NATO defence capabilities – all topics of an upcoming NATO summit in Chicago in May.

According to the Canadian CBC television network, Germany and Canada have recently been expanding their defence cooperation as both countries grapple with prolonged military deployments to Afghanistan.

The Canadians have experimented with setting up temporary logistics hubs in Germany to support their Afghanistan mission – one successful such venture was recently launched alongside the American military in Spangdahlem, Rhineland-Palatinate.

Canada’s Post-Media News said that in deciding where to set up logistics’ hubs, Canadian forces have been impressed with Germany’s organisational skills and also count a long history of cooperation as a plus.

“For decades, Canadian personnel stationed in Germany during the Cold War developed close relations with their German counterparts and their local communities,” it quoted MacKay as saying