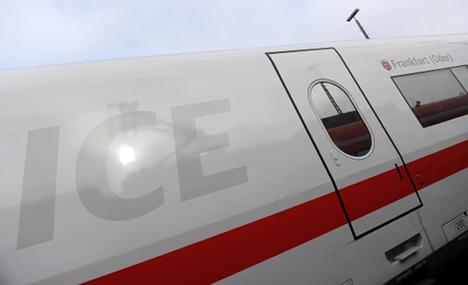 Deutsche Bahn was expecting a order of 16 ICE trains – costing some €500 million – to be delivered last autumn.

But technical delays in Siemens’ manufacturing process have delayed the delivery until the end of 2012 at the earliest, according to a report in the Bild newspaper.

The delays are causing big scheduling problems for the Bahn because it has too few trains in reserve and ICE trains are being forced to undergo maintenance more often than expected, according to the newspaper. The ICE’s from Siemens were supposed to go into service in December.

Siemens’ bottom line has also been hurting. It reported earlier this month that a profit collapse of €300 million during the last quarter of 2011 could be blamed partly on its train production troubles.

“We are very unhappy about these delays so we are negotiating with the Bahn over compensation for this,” a Siemens spokeswoman told Die Welt newspaper.

Deutsche Bahn and Siemens have a close long-term relationship. In 2010 the pair agreed on a deal for 300 trains worth €6 billion.