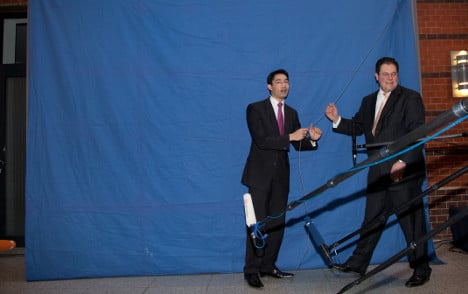 Oliver Sartorius from TNS-Infratest polling company told the Süddeutsche Zeitung that some statistics were being made meaningless by the tiny number of people identifying themselves as FDP supporters.

Around 1,000 people have to be questioned for a poll to have statistical significance, he said. As the FDP is currently supported by around two percent of the population, this means only around 20 people from 1,000 are available for further questioning about their views.

Detailed questioning of these people with four or five answer options deliver such small numbers that they cannot be taken seriously, said Sartorius. One or two answers more or less in any direction can make huge percentage differences, which cannot be extrapolated to suggest meaning for the whole country.

The regular Political Barometer poll of 1,262 people carried out on Friday for the ZDF broadcaster and Tagesspiegel newspaper, showed that if the federal election was held at the weekend, the FDP would only get three percent of the vote.

This is significantly below the five percent needed for entry to parliament, meaning the party would have no MPs unless some were directly elected. The FDP scored just one percent when people were asked which party they supported.

The party has been regularly polling below five percent, but has not fallen as low as three percent in the Political Barometer poll before.

Merkel’s conservative Christian Democratic Union would get 36 percent, while the centre-left Social Democratic Party was on 30 percent, down one percent on the last such poll from November.