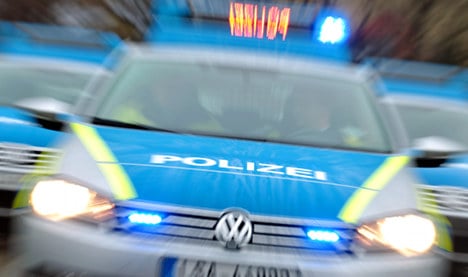 According to authorities, the officers, 23 and 25, were travelling to Würzburg in a police van on the A3 motorway following a mission in Aschaffenburg in north-western Bavaria.

A truck driving in the opposite direction carrying 27 tons of cement suddenly burst a tyre, broke through a middle lane and crashed into the police vehicle, killing the two officers, one of whom was driving the vehicle, and injuring two others travelling with them, authorities said.

The 61-year-old truck driver suffered minor injuries. All three of those hurt were taken to a local hospital.

The motorway was completely blocked in the direction of Würzburg for a time as investigators assessed the scene. But as of Friday morning, traffic appeared to be moving again.