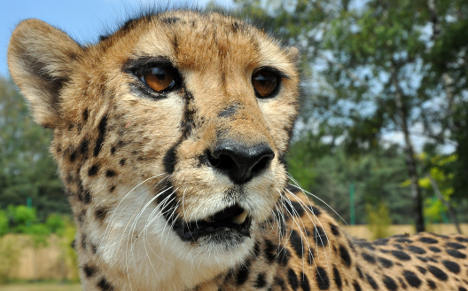 “The cheetah attacked the pony from behind, as they do in the wild. But all he got was a hoof, as the pony defended itself successfully,” Nicola Mögel, spokeswoman for Nuremberg Tiergarten zoo told The Local.

She said the pony was slightly hurt in the attack, but had been examined by a vet and was back in its enclosure.

The attack happened on Tuesday as the pony’s keeper took it and several other animals for a walk around the zoo, as is regularly the case to give them some exercise, Mögel said.

“Turbo the cheetah certainly lived up to his name. He somehow managed to jump over the fence and got out of his enclosure,” she said.

“The fence not only has electrified elements, spikes along the top and a sloping part to make it more difficult to get over, it is higher than the legal requirement. It is a least two metres high.”

She said zoo keepers had shot Turbo with a tranquiliser dart and taken him back to his enclosure.

He is not on show to the public but is being kept in an inside cage where he can nurse his bruises.

“We will have to check the fences to see what changes we might make,” Mögel said.