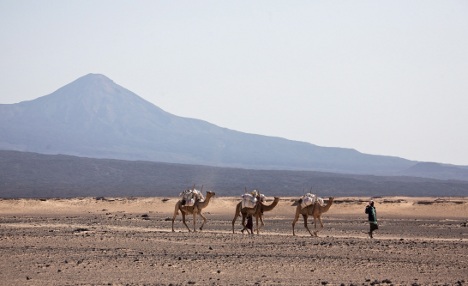 Three others from the group were also killed and at least two more Germans are missing, presumably kidnapped in the attack which left two others seriously injured.

The German Federal Criminal Police (BKA) is sending a team of officers to the Ethiopian capital Addis Abbaba to help the invesigation.

Jörg Ziercke, BKA president told the ARD television network on Wednesday it was not clear who was behind the attack.

“There are suspicions that it could be rebels, but I would be very careful. The coming investigation must determine that,” he said.

The German Foreign Office is taking a key role in coordinating European response to the attack and said on Wednesday it was still trying to determine what had happened.

The attack happened at the Erta Ale volcano, during a tour including German, Hungarian, Austrian and Italian members booked through a German company. The volcano lies in Ethiopia’s Afar region near the border of Eritrea.

No suspects have been arrested yet and the Ethiopian and Eritrean governments – which have a long-running border dispute – traded insults on Wednesday. The Ethiopians insisted that Eritrean-trained rebels were responsible, something the Eritreans denied.

Despite the Afar region being one of the hottest and most inhospitable in the world, its spectacular landscape is popular with tourists. Military and rebel activity in the area has prompted the German government to recommend people avoid it.