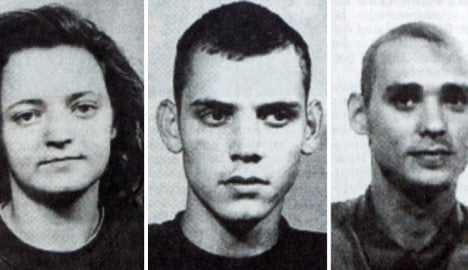 “As a result of our further investigations, we are convinced that she was one of the founders of the terrorist association NSU and that she was involved with it up until the end,” Markus Köhler, spokesman for the Federal Prosecutors Office, said Saturday.

The Zwickau-based National Socialist Underground (NSU) was uncovered last November when Uwe Mundlos and Uwe Böhnhardt were found dead following an apparent murder-suicide after a botched bank robbery. Beate Zschäpe turned herself in to police a few days later. Several others have since been arrested in connection with the group.

In addition to murders of nine immigrant shop owners and a policewoman, the group has also been accused of 14 bank robberies and two attacks involving explosives.

Zschäpe is in custody in Cologne. Her lawyers have filed an appeal for her release, saying there is not enough evidence linking her to any acts of terrorism. The Federal Court of Justice will rule on whether she will go to trial.

The 36-year-old had gone on the run in 1998 with Mundlos and Böhnhardt following the discovery of explosives in a garage she had rented in Jena, the eastern German city where all three grew up. The trio had been involved in the city’s far-right scene since the mid-1990s.

She lived with the two men in the city of Zwickau and is alleged to have set fire to their shared apartment on the day of their deaths. According to the Süddeutsche Zeitung, prosecutors are now looking into whether they can charge her with attempted murder as well as arson. They say that Zschäpe set fire to the apartment despite the fact that a neighbour may have been next door.

The Federal Prosecutors are reported to believe that Zschäpe knew about the crimes carried out by the two men, although she did not carry them out herself. DPA reports that investigators believe she phoned them just before one of the murders and was present when they received weapons.