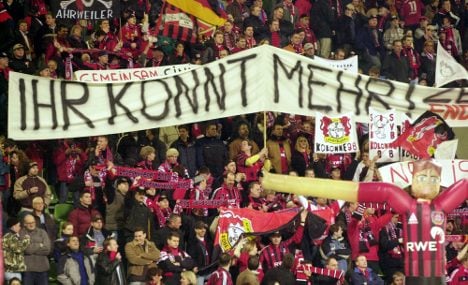 The calls were all made to the team’s call centre in the 15 minutes after it opened at 10 a.m., club spokesman Meinolf Sprink told The Local, although he said only a fraction of that number got through.

A contingent of 10,000 tickets were available to the 27,000 Bayer Leverkusen’s supporter club members – who rang the call centre’s phones red hot in frantic attempts to get one.

“Of course we expected interest, but these are just bombastic numbers, completely shocking,” Sprink told The Local.

“But what else are you going expect, when Lionel Messi comes to tiny Leverkusen?”

Other tickets for the first leg of the team’s playoff against FC Barcelona are being distributed through FC Barcelona and UEFA, which runs the Champions League.

The team’s 30,000-seat BayArena will be sold out and very noisy for the match on February 14, Sprink said.

The match will bring some of football’s brightest stars to Leverkusen, a city of 160,000 between Cologne and Düsseldorf in North Rhine Westphalia.

Messi, who was this week crowned FIFA’s World Footballer of the Year for a third successive time, will be joined by famous Spaniards David Villa and Carles Puyol in playing for Barcelona.

Leverkusen will travel to Spain for the return match on March 7. Though Leverkusen has never won the Champions League, the team did make it to the final stage in 2002.