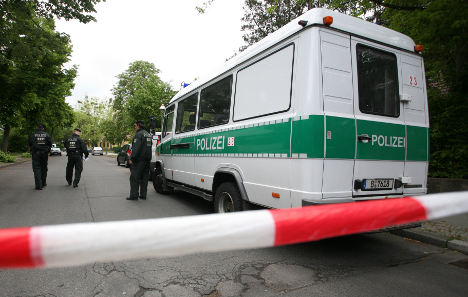 The killing occurred early Tuesday morning on a country road near Greven in the western German state of North Rhine-Westphalia.

Police initially assumed the woman died at the scene, after her car had hit a tree, but further analysis showed traces of another car. Officers’ suspicions were also aroused when they saw that the interior of the car remained relatively undamaged, even though the entire front had been destroyed.

Only a few hours later, Wolfgang W. walked into a police station and confessed to killing his wife, Marzena W., who he had been separated from by a court order.

According to the police, the 50-year-old bricklayer waited for the 40-year-old woman in a car on the country road, knowing that his wife, a cleaner, took that route to work every day.

At around 4:20 am, the man apparently followed his wife and rammed her car from behind. Marzena W. accelerated to get away, but after about 300 metres, Wolfgang W. was able to push her car off the road and into a tree.

He then got out of the car, and seeing that his wife was still alive, stabbed her four times in the chest. Her lung was pierced three times and she bled to death.

The couple had been married since 2005, and the man reportedly became violent during their marriage. Last October, after he allegedly beat both his wife and her mother, she was granted a temporary court order banning the man from entering their home.

A neighbour told Bild newspaper, “She went to the police, and wanted a divorce.”

Wolfgang W. has been arrested on suspicion of murder.