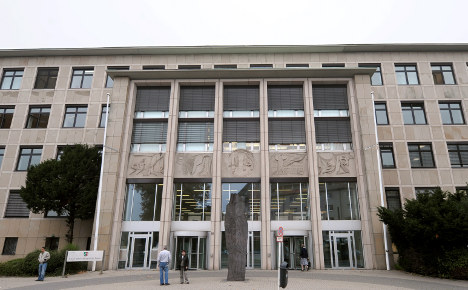 Sixty-nine-year-old Manfred G., had invited the homeless man into his home on July 5, 2011 to watch a football match, when the 58-year-old Berthold L. reportedly stole several watches belonging to his host.

According to a report in Bild daily, the situation then escalated into a fight, and Berthold L. was asked to leave. Manfred G. made an emergency call to the police later that night to report the robbery.

The defendant then bought one euro’s worth of petrol at 07:02 the next morning from a local petrol station.

He told the cashier, “I’m going to set a tramp on fire. He stole from me and now he will be punished.”

She alerted the police, who immediately began a search. At 7:18am they received another call to say a man was on fire in Essen’s Westpark. Bystanders tried to put out the blaze with mineral water.

The defendant had reportedly found the man inside a grit container that the homeless man was sleeping in, covered him in petrol and set him alight.

Prosecutors said the victim, who was treated in a specialist burns clinic, suffered 95 percent burns and later died from a heart attack as a result of his injuries.

“Violence towards homeless people isn’t commonplace here,” an Essen police spokesman told The Local. “These two had known each other for a long time and they would often drink or watch football together.”

“It was a personal argument,” he added.

Prosecutors say the defendant is suspected of suffering from a personality disorder, and poses a threat to the public if left untreated.

Essen police superintendant Markus Bergmann told Bild, “We arrested the man in his house but he seemed to show no signs of remorse.”

Manfred G. also reportedly told a neighbour the day before the attack, “I’m becoming more and more disappointed in other people. They don’t mean anything to me anymore.”

The court is expected to reach a verdict on January 25.