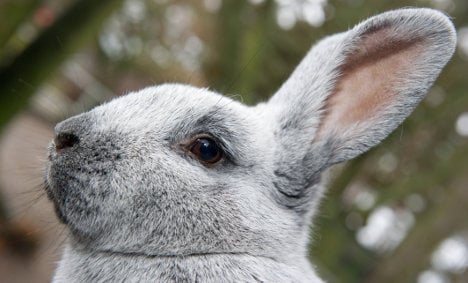 The ruling came after the man filed a suit against the police for handing him the cleaning bill of €4,300 after they had forced his home, in the town of Birkenfeld in the southern German state of Baden-Württemberg, to be cleared out.

According to a report in Der Spiegel news magazine, the court ruled that if a rented apartment presents a health risk, authorities are within their rights to clean it and that the tenant is liable for the costs.

Following complaints from neighbours about the smell, the police reportedly looked through a window of the apartment to see about 20 rabbits hopping around a floor covered in faeces and food remains, with flies buzzing above the unholy brew.

After the man refused to allow officers entry, the administrative district office ordered an immediate clearance of the flat, moving its tenant into a home for the homeless. The 150 rabbits were caught and confiscated.

Five workers from a private cleaning company spent a day and a half clearing out and disinfecting the flat, removing huge quantities of rabbit dung and dirty furniture.

The tenant complained that the operation was unnecessary, as he was intending to move out of the apartment in a few weeks anyway. He also said he had been forced to take “substantial damages” due to the removal of his property and valuables.

But the court found that the district office was right to clear the flat, since it presented a direct threat of disease in the area.