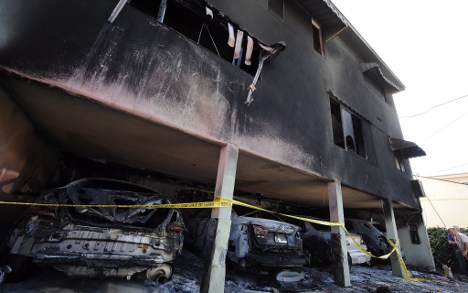 The man, named Harry Burkhart, was stopped by police on Sunset Boulevard because he fit a description of a wanted person. According to a report in the Los Angeles Times, he told police he was from Frankfurt and had been living in southern California for several years.

The series of arson attacks began on Friday evening, in Hollywood, West Hollywood and the San Fernando Valley. Some buildings have also been damaged in the fires. The LA Fire Department says there have been no further attacks since Burkhart’s arrest.

“We seem to have caught a serial arsonist,” commented local sheriff Lee Baca. “He is probably the most dangerous arsonist I can remember in the region.”

The perpetrator‘s motives remain unclear. A police official told the LA Times, Burkhart had been in a dispute with the immigration authorities over his mother’s legal status, and that he had expressed anti-American views.

After his arrest, police searched Burkhart’s apartment in an attempt to establish whether he had any accomplices. “We’re worried that he had helpers,” said Baca.