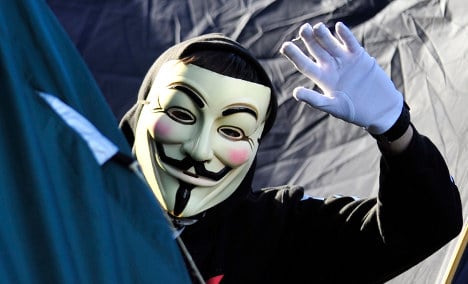 A “Nazi-Leaks” portal has appeared on the internet listing hundreds of names of people subscribed to various shops selling far-right clothing, as well as writers for the Junge Freiheit newspaper which carries contributions from far-right commentators.

The hackers say they have managed to close down 15 websites associated with the neo-Nazi National Democratic Party (NPD), the Frankfurter Rundschau reported on Monday. They have reportedly called their campaign “Operation Blitzkrieg”.

The paper said that the German version of the neo-Nazi internet platform “Altermedia” was at times offline. A Twitter message addressed to those trying to get into the site wished “all Nazis and in particular Altermedia a good start to the New Year.”

This was greeted by a message reported by left-wing websites as coming from Altermedia calling for information about the hackers, and offering to reward useful tips with the hackers’ “amputated fingers.” The Frankfurter Rundschau said it could not check whether the comment was really from Altermedia as the site was offline.

Long lists of names, some with addresses, purporting to be customer registers of firms such as the infamous Thor Steinar clothing firm were posted on the “Nazi-Leaks” portal.

People listed on the portal as having written for the Junge Freiheit newspaper included Peter Scholl-Latour, according to the Frankfurter Rundschau. He is a respected journalist and Afghanistan expert who has written for, among other publications, the Stern magazines.