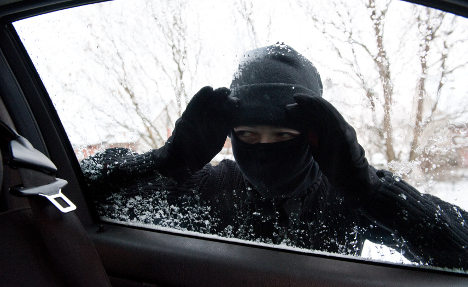 Speaking to the Märkische Oderzeitung, which covers the northern border area between the two countries, ambassador Marek Prawda said Polish authorities had been very successful in cutting the number of car thefts.

The problem of Polish car thieves stealing German cars and taking them across the border to sell was one for the German authorities, he said.

“I want to say, it is initially a problem for the police in the country where the cars are stolen,” he said. “They have to tackle it more effectively. Perhaps it is also too easy to steal cars in Germany?”

Asked whether the subject of Polish car thieves working in Germany was a concern in Poland – and whether their activities damage relations between the two countries – Prawda said Polish and German police were working together on the problem, and that he had heard positive reports of their work.

“The Polish police put great weight on prevention in their fight against car theft,” he said. “And I think it helps less in this question to talk about the damage to political relations rather than doing more to prevent it.”

Regional police statistics cited in the media say car thefts in Brandenburg, which borders Poland, have risen by 250 percent compared to 2007, when Warsaw entered the EU’s border-free Schengen zone.

In the border town of Frankfurt an der Oder, the number of cars stolen has risen by nearly 500 percent in the same period, according to official statistics.