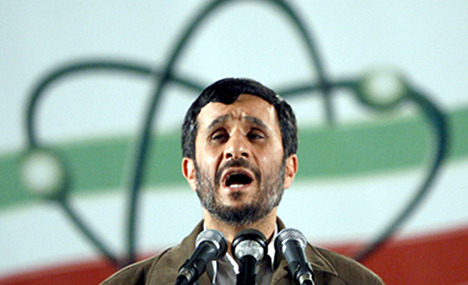 Foreign Minister Guido Westerwelle said Germany “noted with interest” comments by Iranian officials opening the door to renewed talks but added: “What counts is not vague pronouncements but concrete and verifiable acts.”

Iran’s top negotiator Saeed Jalili said in comments reported over the weekend that Tehran was ready to rejoin EU-led talks with major powers to allay Western concerns over its nuclear activities.

But the country later reported that it had produced its first nuclear fuel rod something that could be a milestone development in Iran’s nascent nuclear program that has left many in the West upset.

“It is in Iran’s best interests to finally fulfill its international commitments and to be transparent about its nuclear programme,” said Westerwelle. “This is the only way new sanctions can be avoided.”

Iran is subject to four rounds of UN sanctions over its nuclear programme, which many Western governments fear is cover for a drive for a weapons capability, an ambition Tehran denies.