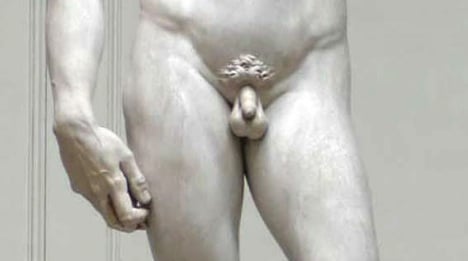 The idea of a “skin factory” may sound sinister, but that is exactly what scientists at the Fraunhofer Institute in Stuttgart have created. Their so-called Hautfabrik grows tiny swatches of skin – not for skin grafts, but for testing consumer products.

The renowned institute is presenting their ground-breaking invention as an affordable and sustainable alternative to animal testing, which many consider unnecessarily cruel.

The skin factory is a machine measuring seven metres long, three metres high and three metres deep, sealed and heated to 37 degrees Celsius – the same temperature as inside people.

The machine is fitted with 500 boards, each with 24 tissue cultures growing on it in little tube formations. In each tube, extremely thin skin samples grow from cells, which robotic hands have painstakingly extracted from foreskins donated to the project. Scientists use enzymes to detach the very top layer of cells from the skin, along with connective tissue and pigment cells.

The foreskin used for the process is only taken from boys up to the age of four. “The older skin is, the worse the cells function,” explained Andreas Traube, an engineer at the institute’s department of production technology and automation.

“It is also important that the cells we use are coming from a uniform source,” said Traube. “This avoids discrepancies in the production of the new skin.”

The equipment developed by the Fraunhofer team can extract between three to 10 million cells from a single foreskin. In the incubator these cells then multiply hundreds of times.

The brand new skin cells are mixed with collagen and connective tissue, which then becomes ‘proper’ skin, measuring up to five millimetres in thickness. The whole process can take up to six weeks, but according to Traube, “We can’t use the machine to speed up the process; biology needs time to take its course.”

In a single month, the machine can produce around 5,000 skin samples. For now, these delicate creations remain untouched as the process is still being authorized by European authorities, who are examining the growths to see whether they are suitable to be used in testing.

But the process has been given the nod of approval by some key members of the Association of Research-based Pharmaceutical Companies (VFA).

“I think the idea is a good one,” said Rolf Hömke, VFA spokesman. “I believe cells from artificially cultivated skin are indeed comparable with real skin.”

“I do think it might take a few years to get up and running though,” warned Hömke. “There are complicated international safety standards, these procedures can’t just be changed overnight.”

At the moment only very small skin samples are being created. “It’s logical that we’d want to take the operation to a bigger scale,” said Traube.

He added that possible future applications for products from the Hautfabrik could be research into cancer, pigmentation diseases, allergic reactions and fungal infections.

The next step for the company is a little smaller though, as their sights are set on synthesizing a human cornea.