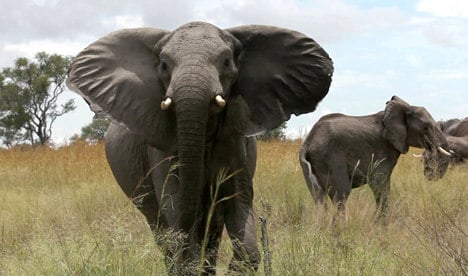 The woman, named in Thai media as Kerstin Kretz Schmar – probably Kretzschmar – was with her husband Joachim and six other members of their family on an elephant trek near the holiday city of Phuket when the accident happened.

The Phuketwan news website said police were checking initial reports that the 52-year-old woman fell when the elephant stumbled – and managed to pull her husband down on top of her.

Doctors were quoted saying she died from a punctured lung after early reports said her “heavyset” husband landed on her.

But an investigating officer later told reporters that after extensive interviews with her family, it seemed she slipped off when the elephant’s trainer, or mahout, had tried to adjust the saddle – and was not squashed by her husband.

Kretzschmar’s sister, who is believed to be a nurse, tried to revive Schmar but she died after 20 minutes, the investigator told Phuketwan.

Police said they were continuing their investigation.