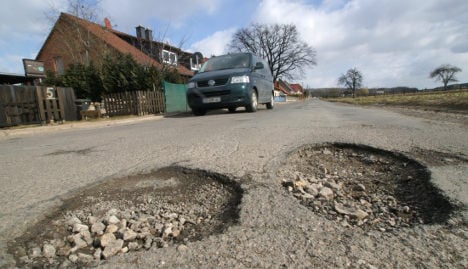 Steffen Kröhnert said his study “The Future of Villages” broke taboos by setting out what was really happening in rural Germany – and talking taking a harsh yet realistic approach to the problem.

The researcher from the Berlin Institute for Population and Development told The Local on Tuesday that politicians had to accept the fact that some isolated small villages would simply not remain viable places to live.

In some cases, people left living alone in tiny derelict villages should be offered help to move, while money should also be spent on demolishing empty buildings which are not going to be used, in order to stop them becoming eyesores and making the villages even less appealing.

Small villages are having great difficulty paying for the high-standard infrastructure dictated by many German regulations, while some laws were simply silly in tough economic times, he added.

“There is for example, a rule which means even small rural communities have to be connected to large central sewerage facilities, but this is becoming increasingly difficult for rural councils to finance – and as the population declines, costs per head go up. They must be given the option of setting up local facilities, even green, low-cost ones,” he said.

“A simple rule which really needs to be changed is the ban on transporting mixed loads – people along with goods. This prevents a local bus taking people as well as for example, supplies for a small village shop.”

If a bus service was only marginally viable due to the small number of people in a village, it made no sense to stop it from taking extra goods too, he said.

His study showed that in general, but especially in the east of Germany, villages were losing their population faster, the further they were away from larger towns.

Kröhnert and his colleagues studied two regions in detail – Vogelsberg county in Hesse, central Germany, and Greiz county in Thüringia in the east. They concluded that that in Vogelsberg one in six of the villages which had a population smaller than 500 were critically endangered – five lost more than 15 percent of their people between 2004 and 2010.

In Geiz, one in five of the small villages were seen as critical, with 17 of them having lost more than 15 percent of their people between 2004 and 2009 – including five villages which had fewer than 20 people living in them.

As the population of a small place shrinks, said Kröhnert, the cost of infrastructure increases per person who remains. “The streets need to be maintained for example, as do electricity supplies and water systems, no matter whether five or 100 people live in a place,” he said.

Any attempt to attract young people to little villages would be “doomed to fail,” he said. Rather, people had to be realistic about the decline of small communities far from larger centres.

There are some which will not survive, he said. And the challenge for local authorities is to work out how to support those people living in doomed villages – and at some point, how to motivate them to leave.

With its stubbornly low birthrate, Germany’s population is expected to plunge by a fifth to 65 million inhabitants by 2060.