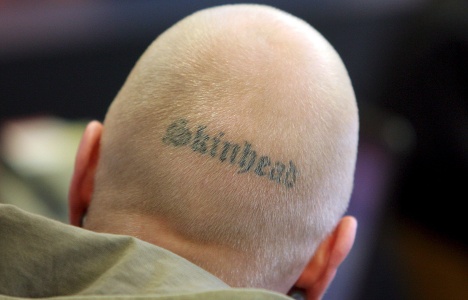 The worst ever terrorist attack on German soil was carried out by a neo-Nazi at the 1980 Oktoberfest in Munich. That was when 21-year-old Gundolf Köhler detonated a pipe bomb in toilets near the main entrance to Germany’s biggest festival, killing 13 people, including himself, and injuring over 200 others.

In light of this, it seems hard to believe that authorities could have underestimated the threat of far-right terrorism in Germany. But instead of rooting out extremist right-wing networks, intelligence agencies stepped up their efforts against Islamist terrorists over the past decade.

However, for the people whose work brings them close to far-right circles – in many cases helping reformed neo-Nazis to escape the scene, the latest revelations about the terrorist cell known as the National Socialist Underground (NSU) did not come as a shock.

“We weren’t surprised at all,” explained Reinhard Koch, director of ARUG, an initiative based in the western city of Wolfsburg that provides counselling for young people exposed to right-wing extremism. “There have long been signs that at some point such groups would form, and not only for us – it should have been clear to the authorities too.”

On top of that, “It can’t be ruled that there are other such groups,” Koch told The Local. “Weapons caches were constantly being found in this scene or that scene – it happened so often that people stopped even wondering what these weapons were for.”

As far as Koch is concerned, the distance between the ‘ordinary’ neo-Nazi scene and the ‘hardcore’ element prepared to commit murder is very small. “You shouldn’t imagine that there are these nationalist gangs like the Kameradschaften, and then there’s a huge gap and then there’s a terrorist scene,” he said. “It all blends seamlessly together.”

Koch’s work with reformed neo-Nazis has taught him that violence permeates all parts of the extremist right-wing scene. This violence does not just take the form of drunken brawling at weekends, but disciplined training with guns administered by ex-servicemen.

“We have people in our programmes who have had weapons training themselves,” said Koch. “They were trained in western Germany, in Lower Saxony, by neo-Nazis who used to be mercenaries, for instance in the former Yugoslavia. Some were part of European training networks and got training in France or Belgium.”

The training takes place in remote country areas, sometimes privately owned, and sometimes rented for the purpose, either in an afternoon or over several days. “They often look for isolated wooded areas,” said Koch.

Dierk Borstel, researcher into right-wing extremism at the University of Bielefeld, was also unsurprised to read the recent revelations about the NSU. “We’ve known that the option of terrorism, the option of militancy, the option of murder has been discussed in the extremist right-wing scene for some time,” he told The Local.

“A few years ago there was a group based in the Potsdam area that went underground that called itself the ‘National Resistance’ who specialized in blowing up Jewish cemeteries,” he said. “We have constantly had weapons and explosives finds, but they were never taken seriously. It was simply massively underestimated. The police just thought they were little boys playing cowboys and Indians.”

In the past, far-right nationalism has been concentrated in larger, more publicly visible structures with clear hierarchies. According to Koch, these have been put under so much pressure in the past four or five years, both from the police and from left-wing anti-fascist organizations that they have split into smaller underground networks.

That has inevitably led to a growing readiness for violence. “It’s more like, ‘We see ourselves as fighters. We see ourselves as surrounded by enemies, and we are prepared to target our political opponents.’ And apparently it is more and more about being armed,” said Koch.

Two myths consistently cling to the image of the German neo-Nazi – that he is from the former communist East Germany, and that he is unemployed.

“That really is nonsense,” said Borstel. “Some westerner just thought to themselves the system that the Stasi (East German secret police) promoted could somehow protect the NSU. I think that’s just stupid and really quite offensive.”

“It is a little different in the east than the west, because of the history,” admitted Borstel. “And also because there is less experience of democracy and immigration, and there have been different economic problems in the east. But I seem to remember that the first right-wing terrorist group began in Munich.”

The same is true of other staple stereotypes.

“Young, male, unemployed – the typical neo-Nazi. That’s one of the myths that we have had to work against for a long time,” said Koch. “Generally we can say that many of them had anxieties about finding their place and securing their livelihoods or their status in a fast-changing, globalizing world.”

It is this very universal fear that, according to Koch, drives many young people to extremism.

“What they want is a place or a group they say they belong to,” said Koch. “Many young people are searching for security and certainty, and the right-wing scene offers them that.”