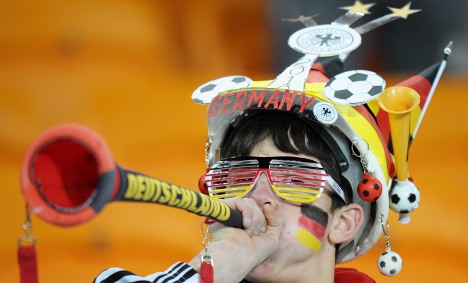 The civil suit begins Monday morning in a regional court in the city of Augsburg, where a doctor is being sued for his noisy and over-enthusiastic preparation for a football match during the tournament.

One of his patients alleges she received a noise trauma from the doctor’s hearty blast, and is claiming at least €5,000 damages plus €800 compensation. The patient says she was already suffering from tinnitus at the time of the incident.

The doctor is said to have offered her €2,000 already, but the patient was not satisfied with the offer.

The vuvuzela trumpet, a hugely popular means of expressing support at African football matches, excited horror during the 2010 World Cup in South Africa, with many Germans with sensitive ears calling for a ban.

One enterprising engineer gained a brief moment of fame for inventing a device that could filter out the vuvuzela drone from TV broadcasts.

Despite its grating monotone, the plastic instrument caught on as merchandise for the tournament, and many were sold in Germany.