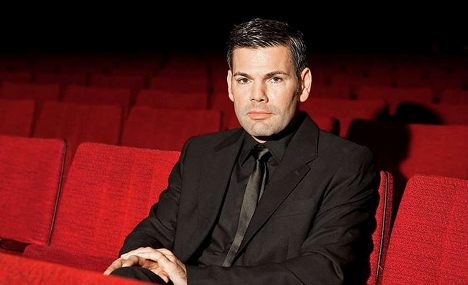 The Jewish Community of Berlin criticised the decision this week, calling it “surprising” that Ken Jebsen has been allowed to continue his popular KenFM show on Radio Fritz, a station operated by the state-run Radio Berlin-Brandenburg (RBB), according to Tagesspiegel.

He sent a rambling email to a listener earlier this month in which he wrote, “I know who invented the holocaust as PR. It was Freud’s nephew.”

It ended up posted on the blog of a high-profile columnist for Die Welt newspaper. It prompted a firestorm of criticism and led to Jebsen’s temporary suspension from the airwaves two weeks ago.

Yet he was allowed to begin broadcasting again last Sunday – after consultations with station management, RBB told the Tagesspiegel newspaper.

Future show topics must be vetted with station personnel first, according to the newspaper.

In a message aired on his radio program Sunday, Jebsen said it was absurd to say he was a Holocaust denier and that a private email to a listener had been misunderstood.

He said he was being ironic in addressing how propaganda was used, by using a phrase from Edward Bernays, the nephew of psychoanalyst Sigmund Freud, Tagesspiegel reported.

“This is not Holocaust denial. If the Jewish community in particular feels offended by this sentence, I am sorry,” he said, the paper wrote.

Yet RBB spokesman Volker Schreck said, “It was not about showing a tough reaction, rather it was about explaining.”