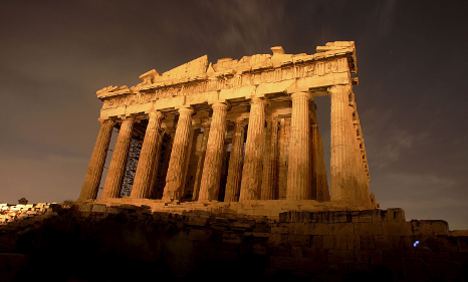 Chancellor Angela Merkel is prepared for the possibility that Greece’s new government refuses to carry out the tough austerity programme required of it in return for the next tranche of the EU-IMF bailout, the magazine reports.

German finance ministry experts were working on one scenario, under which a Greek exit from the eurozone went off without too much difficulty.

Greece’s departure might even be good for the eurozone, because “without the weakest link the chain of member states in the zone would be strengthened,” the magazine reported.

But it had contingency plans for a second, more serious scenario, in which Italy and Spain found themselves in turn targeted by the markets.

A third, doomsday scenario, was also being studied, according to Der Spiegel.

In this one Greece defaulted completely – unable to cope with the consequences of a return to its former national currency the drachma – and dragged other vulnerable countries down with it.

Merkel made it clear to reporters in Berlin on Thursday that Germany was committed to keeping the eurozone at its current size and standing by its struggling partners.

“We have a single goal and it is to stabilize the eurozone as it is today, to make it more competitive, to make progress in balancing budgets,” she said, promising to do all it could to work with the new administration in Athens.

Both Sarkozy and Merkel underlined the need for Greece to implement the measures it had agreed to in return for the next instalment of the international bailout, a statement from Sarkozy’s office said after Saturday’s talks. “The payment of the next tranche can only take place when a decisive step has been taken in this matter,” the statement said.

The new power-sharing administration in Athens will have to force through the painful austerity measures exacted as the price for the rescue package.