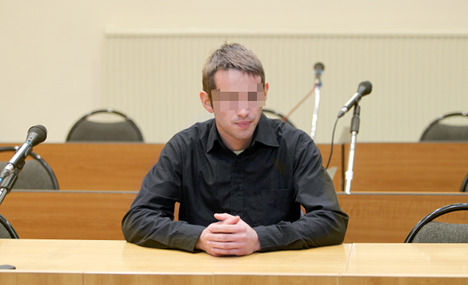 A court in Gera, Thuringia ruled that the 21-year-old was recklessly using his P8 handgun in December 2010 during a deployment in Afghanistan, as he aimed in the direction of a comrade and pulled the trigger, believing the gun was unloaded.

The defendant argued that the shot went off when he hit the bottom of the gun’s magazine because the weapon had jammed. He also said he had not been properly trained prior to the deployment.

Witnesses reported that the suspect had been playing with the gun before the incident. Independent testing ruled out the possibility of a weapons malfunction.

In previous testimony, one 20-year-old witness described an “unbelievable bang and smoke in the tent” after the shot went off. He said the suspect went pale as he subsequently walked to a bed and put the gun down while someone else screamed.

As mitigating factors the court considered that the defendant had expressed regret for what happened at the start of the trial and later apologized to the mother of the victim. He was described by his comrades as a reliable soldier.

Both the defence and the victim’s mother said they had no plans to appeal the sentence. But the prosecution, which had demanded the defendant be jailed for two and a half years, left open the possibility of appeal.