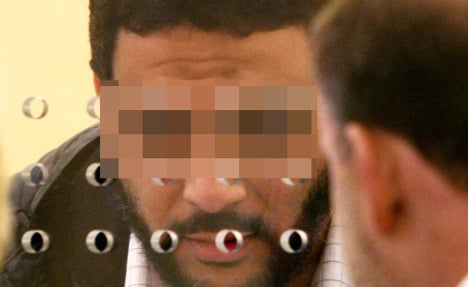 The paper said on Friday that although the Office for the Protection of the Constitution (Verfassungsschutz) warned Victoria about its terrorist customer, the firm, which is owned by the Düsseldorf-based Ergo group, maintained his insurance coverage.

Yasser Abu Shaweesh, a stateless Palestinian, planned to defraud the company on his life insurance, with a staged traffic accident and fake death certificate, the paper said. He had planned to use the money to fund attacks with his terror group which the United Nations says was linked with al-Qaida.

He signed up for several insurance policies with Victoria in September 2004, the paper said – a life insurance for himself worth €21,805, another for his wife worth €211,660, and third-party liability insurance worth up to €2 million.

After the Verfassungsschutz warning, Abu Shaweesh’s own life insurance was cancelled, but that for his wife and the liability insurance continued to run until December 2006, the paper said.

Even a plea from the insurance agent who had overseen the signing of the policies was ignored, according to the Handelsblatt which has a statement on oath from the agent.

“Insurers cannot do business with terrorists,” said Chrsitian Lübke from the Association of the German Insurance Industry.

“When there is evidence for a planned fraud, the insurer must of course act. It cannot be possible for a terrorist to get third party liability protection for building a bomb, and the insurer simply watches.”

Spokesman for Ergo Alexander Becker said he could not make a statement for legal reasons. “Of course we keep to the legal standards on fighting money laundering and financing terrorism and we have relevant internal control mechanisms,” he said. But he added that without a specific lifting of its duty of confidentiality from the customer, no information could be released on particular cases.

Abu Shaweesh was part of the network run by Abu Musab al-Zarqawi, a Joradnian who organised dozens of bomb attacks between 1999 and 2006, when the Americans killed him in an air attack, the paper said.

Ergo knew of Abu Shaweesh’s terrorist background at least as of November 2004, yet retained him as an active customer until December 2006, by which time he had been on the United Nations’ terrorist list for a year.

He was convicted in 2007 for supporting a foreign terrorist organisation and several counts of fraud and attempted fraud, and was sentenced for five-and-a-half years in prison.

Ergo gained international attention earlier this year after it emerged that a different subsidiary, Hamburg Mannheimer, had organised a sex party as an incentive for its top representatives in 2007.