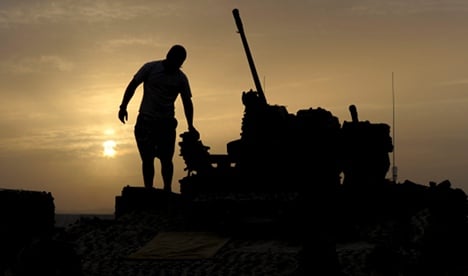 Nearly 140 Germans were among the 206 members of the International Security Assistance Force soldiers who had problems after eating there, according to the Bundeswehr.

The apparent food poisoning took place on Wednesday and is currently being investigated, a spokesman said. It is not clear what exact symptoms those affected suffered from, but they subsided rapidly, a spokesman said.

The canteen’s kitchen was closed and disinfected as soon as the outbreak of sickness was traced back to it. It was then put back into service, and no new cases have been discovered since Wednesday evening, according to the spokesman, who said “the readiness of the troops is not at risk.”

The Bundeswehr has been accused in a series of news and government report of not adequately preparing soldiers for the Afghanistan mission, but no one has previously questioned its food preparation standards.

Yet German soldiers have previously been hit by food-bourne illnesses.

Between December 2008 and February 2009, 104 soldiers fell ill with the norovirus at one military installation in Germany. The authorities were eventually able to identify salad as the source.

Other military forces, including those of the US and Australia, have also recently suffered from food-borne illness outbreaks.