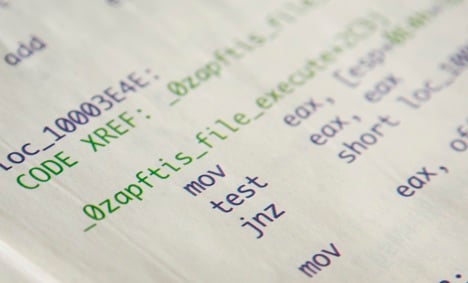 IT experts from the CCC hacked the so-called Trojan spying programme during the weekend after obtaining a copy from unnamed sources. The Berlin-based group said the spyware appeared to be of shoddy quality and dubious application.

“We are extremely pleased that a competent programming expert couldn’t be found for this computer bug of morally questionable use,” the CCC said in statement.

The hackers, who focus on IT security issues, lamented that the spy programme did not provide elementary protection for the data it fished from people’s computers.

“The extracted screenshots and audio data are not completely encrypted, the commands from the trojan’s control software are entirely unprotected,” the group said.

The CCC explained that this could lead to easy manipulation by a third party to incriminate someone under surveillance by the German authorities.

The spyware also apparently allows the government to engage in unconstitutional activities such controlling the camera and microphone of someone’s computer.

The hackers also expressed concern that the programme sent the data it culled back to the authorities via a server in the United States. This put potentially sensitive data of German citizens and companies at risk of exposure in a country that “actively engages in economic espionage in Germany.”