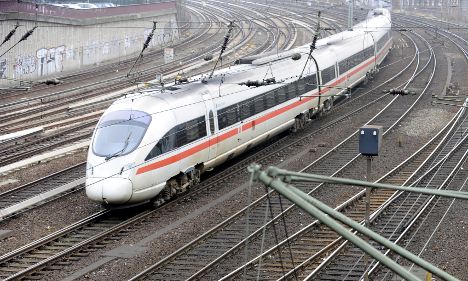 The train was heading from Munich to Berlin and should have made the stop in the Lower Saxony city at 5:47 p.m. But to the shock of passengers, it continued on its way. Once the driver realized what had happened he halted the train and the passengers were taken back to Wolfsburg at Deutsche Bahn’s expense, ending up being just 30 minutes late.

Still, an embarrassed Deutsche Bahn spokeswoman said the company owed a “huge apology” to inconvenienced customers and offered to refund their fares.

The missed stop wouldn’t be such a big deal if this was not the third time it has happaned, angering passengers and local officials, who have demanded explanations.

After the last incident in June, Deutsche Bahn said the driver had simply forgotten to write down the stop. The company subsequently promised the mayor that it wouldn’t happen again.

But this time the error appears to have arisen because of construction work and shoddy documentation. According to Die Welt newspaper, train drivers have been given special paper directions showing temporary signals and speed limits – but without the Wolfsburg stop.