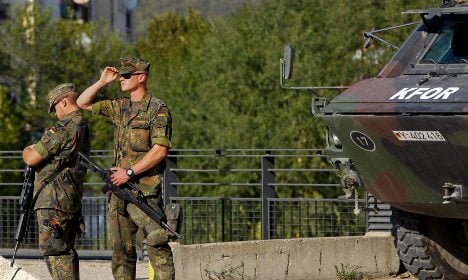 “EULEX confirms that Agim Zogaj, known as witness X in the Klecka case, was found dead in a park in Germany,” the mission’s statement said.

It added that the “German authorities are conducting the necessary investigation to determine the circumstances of his death.”

According to local media reports, Zogaj had agreed to testify in the case of Fatmir Limaj, one of the most prominent commanders of the ethnic Albanian guerrillas of the Kosovo Liberation Army (KLA).

The separatist KLA fought the forces of the then Serbian strongman Slobodan Milosevic during the 1998-1999 war in Kosovo.

Zogaj, as a former KLA member, was reportedly under Limaj’s direct command in the Klecka improvised detention centre where war crimes against non-Albanians were allegedly committed.

In September, Limaj was charged with nine other suspects for war crimes committed against civilians and prisoners of war in June 1999.

Last week, he was placed under a month-long house arrest pending the start of his trial.

Zogaj’s identity was kept secret while he was alive as the main trial was expected to begin next month.

Local media have speculated that Zogaj was placed under a special witness programme and relocated out of Kosovo.

Limaj was tried for war crimes at the International Criminal Tribunal for the former Yugoslavia in The Hague. He was acquitted in 2007.

The war ended after a NATO air campaign ousted Milosevic’s forces from Kosovo, paving the way for establishment of a UN protectorate over the territory.

Kososvo, which has a majority ethnic Albanian population, unilaterally declared independence from Serbia in 2008.