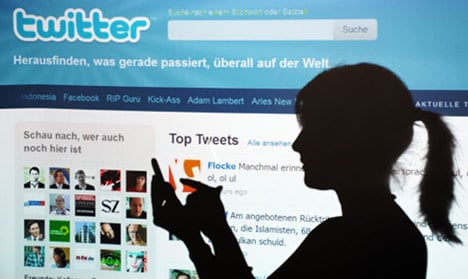 The study, conducted by the Universities of Lübeck and Greifswald and supported by the German government, defined web addiction as excessive use, dependence on the web to escape from reality and indifference to serious consequences from the amount of time spent online.

Five percent of girls – the most affected group – were considered internet-addicted, in large part due to their devotion to online social networks such as Facebook.

Boys were slightly less affected with only three percent hooked on the web. Their biggest temptation was online games.

“These are often people who have not found much recognition in real life and who have difficulty making friends,” Mechthild Dyckmans, the government’s addiction tzar, said of the addicts. “Those are the people who feel more comfortable looking for friends online.”

Dyckmans said about 2.5 million Germans between the ages of 14 and 64, or 4.6 percent, were “problematic internet users” with some difficulty limiting their surfing.

The study was based on telephone interviews with 15,023 Germans.