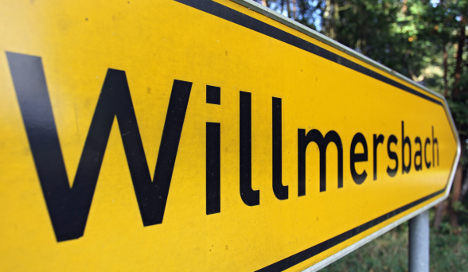 People in Willmersbach, 40 kilometres outside Nuremberg, initially said they were shocked to discover what had been going on in the house on the edge of the village, but then a number said they had always thought something was amiss.

The man lived with his wife and daughter and two of the incest children until March when his daughter, now 46, told her probation officer what had been happening. He has been in investigative custody since then, while his wife and his daughter have both left the village. He has been charged with nearly 500 counts of rape.

Now, in scenes reminiscent of what happened shortly after the Austrian Fritzl case emerged in 2009, reporters and television crews have flooded the village.

It is so small there is not even a shop, while on Wednesday hardly any residents were to be found on the streets.

“The village community feels unjustly pilloried,” said Mayor Jürgen Mönius. He said there had been gossip about the family, but that no concrete allegations had been made.

The father had been very aggressive when approached, he added.

Others, who did not want to be named, told journalists that people had often wondered how the woman had repeatedly become pregnant when no-one had ever seen her with a partner.

“When we saw them they were always friendly and said hello,” one neighbour said, although he said he had rarely seen the daughter.

“Only now and again while shopping, and the father was always with her.”

The father had seemed to rule the house, and, the neighbour said, he had often seen his wife with a black eye.

No-one had wanted to have anything to do with the family because they were scared, one elderly lady said.

“It is bad enough what has happened. But it cannot be, that now the whole village is being accused,” said Mönius.

He said that although the family had not taken part in village life, which centres on the volunteer fire service and shooting club, but said that outwardly everything seemed to be in order. “The garden was always cared for,” he said.