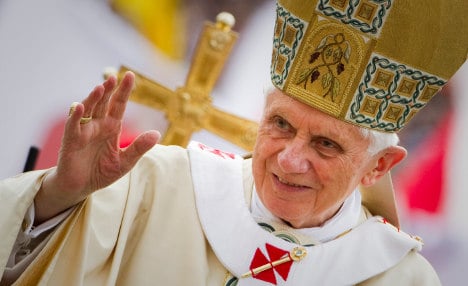 When Dutch politician Geert Wilders talks about Islam, it doesn’t just sound like he’s engaged in rabble-rousing, he actually is. The list of remonstrations Wilders makes against Muslims is long: terrorism and Sharia, headscarves or mosques, homophobia or anti-Israel sentiment. He’s fighting them all, and he’s fighting Islam. Wilders’ protégés, including the candidate for Berlin’s populist Freedom party, René Stadtkewitz, do the very same.

In return, Wilders and his lot have been rightly criticised by many.

The indignation is especially strong among members of Germany’s socialist party The Left. It’s about “extreme-right parties” conducting an “election campaign on the back of Muslims living in Germany,” according to a press release from the office of The Left parliamentarian Ulla Jelpke. She says that “Islam is being attacked” and “fears stoked about Islamisation.” In a short letter to the government, she bemoans the “rising levels of Islamophobia” in Germany by which “social harmony, the peaceful co-existence of people and the basic right to religious freedom” in the country is endangered.

Of course, one should be able criticize Islam freely, just as one should be able to disparage other religions, whether Buddhism, Confucianism, Judaism or various forms of Christianity. Catholicism’s highest representative, Pope Benedict XVI, is set to arrive in Germany next week on an official visit. Among his activities is a planned address in front of the German parliament. And it’s this speech that one-half of the 76 members of the Left party’s parliamentary group intend to boycott. Instead they will join demonstrations against the Bavarian-born pontiff once known as Joseph Ratzinger.

The reasons behind this have been expressed in various publications. The pope is the “head of the only explicitly anti-democratic state in Europe”; the Vatican “cooperated closely with German and Italian fascists” in the past; the Congregation for the Doctrine of the Faith, which Ratzinger headed for many years, is “the successor of the Inquisition, which in the Middle Ages was responsible for the persecution of witches”; and the position of the Catholic Church is anti-sex, anti-woman and homophobic while its stance on condom use in the era of AIDS is “criminal.”

No, when it comes to rabble-rousing, there’s really no difference here at all. German leftists stir up fears about Catholicism in almost the exact same way that right-wing populists do against Islam. Whether it’s Ulla Jelpke or René Stadtkewitz, The Left party’s Andrej Hunko or Geert Wilders, on both sides you will find the same eagerness for insult, scorn and hate. If someone like Stadtkewitz is guilty of breaching public order and flouting religious freedom, his critics from The Left party might want to look in the mirror. Islamophobia and an equally irrational fear of Catholicism are two sides of the same coin.

Now it might be argued that Islamophobia in Germany is directed at a minority which needs special protection. But it’s not as simple as that. In many parts of Germany, Christians are also in the minority. In Leipzig, they make up mere 12 percent of the population, in the Hamburg district of Veddel, 15 percent. In Berlin as well there are now neighbourhoods that have more Muslims than Christians.

Criticizing religion is fine, but damning Catholicism while at the same time denouncing critics of Islam reeks of hypocrisy.