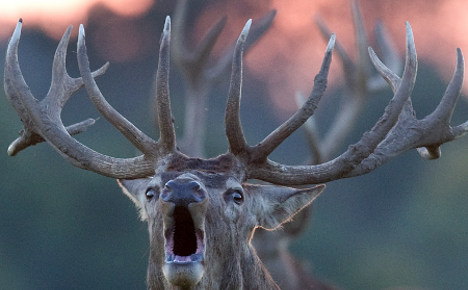 No people were hurt in the accident, though a police spokesman said the deer died as a result of its injuries.

After a half-hour delay, the 300 passengers on board were able to transfer to another train brought to the neighbouring track.

The track had to be closed temporarily, causing delays to 23 other trains, a spokeswoman for German rail operator Deutsche Bahn said.

The animal was so big that on-board personnel originally reported they had hit a horse.

This is not the first instance of such a collision on this particular stretch. Two more deer were hit by trains here in 2010 alone.

Police said there are also a lot of similar accidents in the state of Mecklenburg-Western Pomerania, a state rich in wooded areas and wildlife.

Animal-train collisions can be dangerous: 78 people were injured in 2008 when an ICE train was derailed by a herd of sheep near Fulda in the state of Hesse.