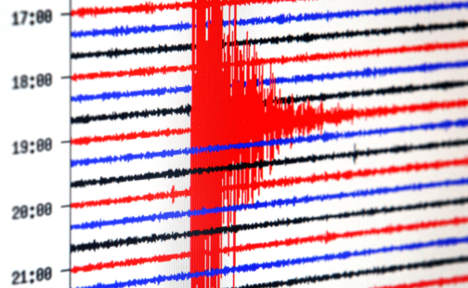 Rated 4.4 on the Richter Scale, the earthquake upset many people, causing hundreds of simultaneously placed emergency calls to police in the state of North-Rhine Westphalia. Though strong for a region unused to quakes, the minor tremor caused no injuries or property damage.

Professor Klaus Hinzen from the University of Cologne pinpointed the epicentre as the town of Goch, bordering the Netherlands in the Lower Rhine region.

The earthquake occurred after 9 pm and was felt within a radius of 200 kilometres.

“From Bielefeld to Brussels, in the Bonn area, and even as far as Amsterdam,” Hinzen said.

Thursday’s quake was the strongest reported this autumn in Germany. In the past few days, many earthquakes had been recorded in the eastern German region of Vogtland, however, these were much weaker.

Seismologist Nicolai Gestermann from the Institute for Geosciences in Hannover said that such middle intensity earthquakes occur once or twice annually in Germany and generally do not cause large scale damage.

Nonetheless, all fire stations and police departments in North-Rhine Westphalia had to answer hundreds of telephone inquiries from worried citizens. The police in Kleve – about ten kilometres from the epicentre – reported more than 350 emergency calls. Even in the Ruhr Valley, though, and in areas near Cologne and Bonn, more than 100 kilometres away from the quake’s centre, and near Münster, calls regarding the earthquake still came in.

“It shook, and then there was a massive amount of requests,” said a fire department spokesman in Dortmund.

A police spokesman in Cologne was amazed that “some extremely sensitive” people had actually called about the earthquake, which was basically unnoticeable that far away.