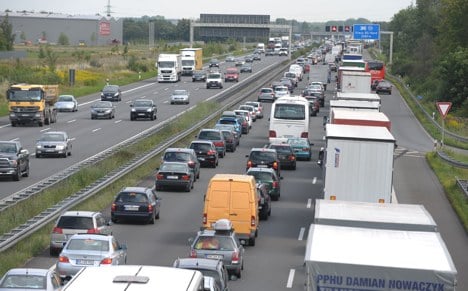 A police spokesman in the town of Darmstadt said three of the people were severely injured in the crash, which happened shortly before 5am.

The mobile crane trailer had been travelling on the hard shoulder with warning lights on when the bus hit it, the police said. According to state broadcaster Hessische Rundfunk, the side of the bus was ripped open, and one of the 53 passengers was thrown out and was killed.

Traffic has been stopped on the A5 in Frankfurt direction and diverted along the parallel A67.