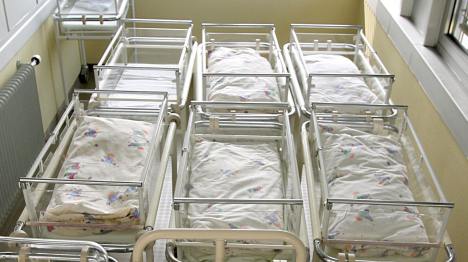 Investigators planned to perform an autopsy on two of the newborns on Sunday to determine the cause of death. The third infant, who was the first fatality, has already been buried outside Germany.

“We are shocked by the cases,” hospital administrator Stefanie Wied said, adding that authorities had been informed to promote “a fast, comprehensive investigation into the fatalities, in the interest of all those involved.”

According to the hospital, the three newborns were suffering from different fundamental ailments but were all experiencing a similar cluster of symptoms.

Chief prosecutor Johannes Daheim told German news agency DAPD that the cause of death was still unclear, and that results from the autopsies and further medical examinations would likely be available in the coming days.

The children’s hospital in Siegen, located in the state of North Rhine-Westphalia, is affiliated with the German Red Cross, and the facility provides in-patient care for more than 6,000 people every year.

One year ago, three babies died in the Mainz University Hospital after being given drip-feed solutions that were contaminated with bacteria.