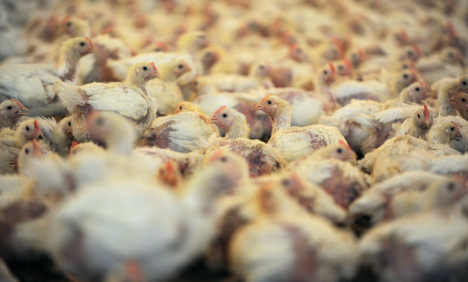 Investigators are looking to see whether the farm just north of Magdeburg in Saxony-Anhalt had sufficient emergency generators to ensure the chickens were guaranteed enough air – and why they did not switch on.

This caused the ventilation system in six different halls of the Bülstringen factory to shut down, killing the chickens, police in Haldensleben reported.

While damages were estimated at €350,000, police have ruled out a deliberate criminal act.

Factory inspectors and animal health authorities were called, who also inspected the farm – and removed the dead birds. Police said diseases, such as avian influenza, were not involved.

A police spokesman told the Mitteldeutsche Zeitung there was a generator at the site, but it had not been activated when the power to the main supply was cut.

The chickens would only have survived around 30 minutes without ventilation.

“Apparently the security system in the business failed. I don’t understand how, in such a large barn, there was visibly no emergency service and also no alarm system,” said Annette Leipelt, executive director of the Nabu bird conservation charity in Saxony-Anhalt.