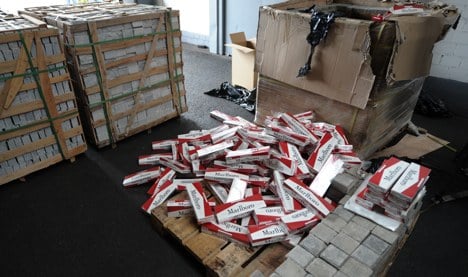 The latest tax hike on tobacco, imposed earlier this year, has increased the trade for smugglers and eaten into the profits of the tobacco industry, according to a report seen by news magazine Der Spiegel.

The report found that smokers did not respond to government health and budget policies by quitting smoking, but by “turning even more deliberately to illegal cigarettes.”

Customs officials found that the increased demand for smuggled tobacco meant not only that illegal cigarettes were easier to get, but that children and young people had easier access to them.

Since illegal cigarettes are not necessarily subject to quality control, they can also pose greater health risks.

This has also led to decreased tax revenue, as the number of cigarettes sold legally in Germany between 2003 and 2009 sank from 133 billion to 87 billion. The internal report believes the difference is being made up by illegal cigarettes, though it acknowledges that many smokers have also turned to loose tobacco.