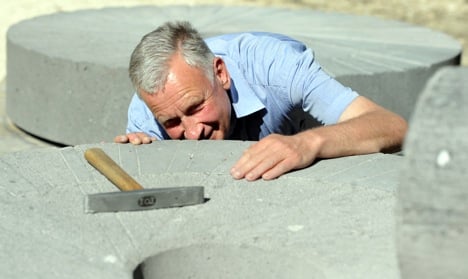 According to the German organic food industry body, the BOeLW, sales of organic food in Europe’s biggest economy have tripled since 2000 and are on course to exceed €6 billion ($8.4 billion) this year.

But not only do health-conscious consumers like their food chemical-free, they also want the flour for their bread ground using traditional millstones, believing this helps retain vitamins and other important ingredients.

This has led to old windmills being cranked back into operation and to a growing number of farmers and organic food stores making their own flour on site.

But there’s one problem: the only person in Germany who can still make millstones is Wolfgang Strakosch, a 58-year-old who hews and maintains millstones in the village of Zusamaltheim in Bavaria, southern Germany.

The stone that Strakosch uses is basalt from the Eifel region of western Germany. Its ideal properties mean it has been used to grind wheat and other cereals into flour for more than 2,000 years.

“We find millstones made from this basalt as far away as England,” and dating back to Roman times, said Ursula Heimes from the restored Saalburg Roman Fort and museum near Frankfurt in western Germany.

The dark, fine-grained volcanic rock is perfect for making flour because the grinding is relatively “soft” and erosion of the millstone minimal, says Zusamaltheim farmer Joseph Ilg.

Ilg grinds the spelt wheat he grows – a wholesome variety used in ancient times and now increasingly back in vogue – at his farm to make organic bread that he then sells.

“It conserves the vitamins and the enzymes in the cereal grains,” Ilg said. “This is our selling point to customers. It only works with these millstones.”

Strakosch says that the basalt’s porosity is also vital. “Air locked inside the stone created pores. When I work the stone, I cut the pores and this creates very sharp edges which help grind the grain and hardly ever become blunt,” the thin, white-haired Strakosch told news agency AFP.

“I used to work in a mill with millstones and I wanted to know how they worked,” he says. “After a long search and speaking to lots people I ended up finding the

But there is no written manual or textbook, Strakosch adds. “They told me they had learned the trade working with their fathers and grandfathers, and that this was the only way to learn.”

To fashion the stones, Strakosch is armed with two special hammers, his ears and a whole lot of patience.

With a slow, rhythmic knocking, he roughens the rock using a special diamond-headed hammer before painstakingly cutting grooves at a 45-degree angle. A large millstone of two tonnes requires at least a week’s work.

There are thought to be more than 1,800 windmills in Germany, although it is unclear how many are in operation. In the fiercely traditional state of Bavaria alone there are 50 – too many for Strakosch on his own.

But there is hope that someone else will learn the skills. At the moment the main hope is Andre Rössner, a dreadlocked 27-year-old stonemason who read about millstones in a local newspaper.

“It would be a shame if this old trade disappears,” he said. 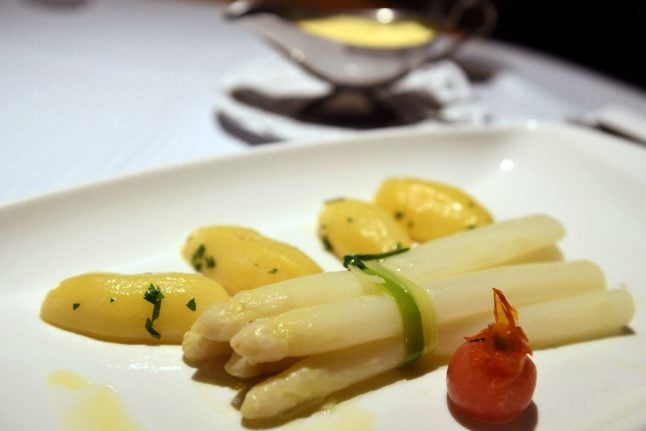 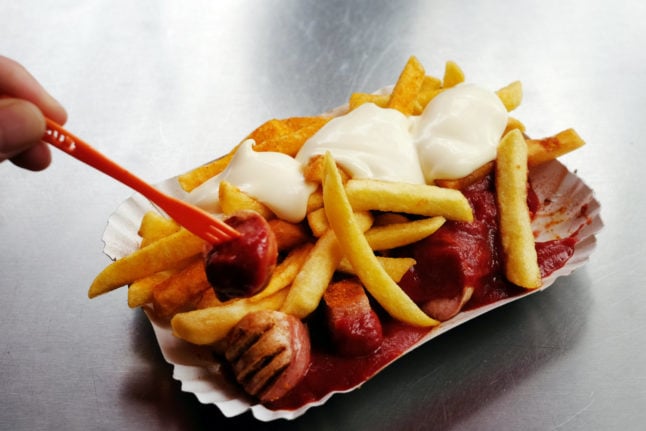