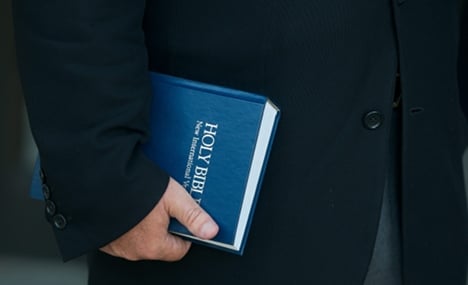 A new Internet tool aims to allow them to do that. Called Hirtenbarometer.de (shepherd barometer), the site works like other popular rating websites, like ratemyprofessor.com. It lets visitors make and view quick ratings of Catholic and protestant priests and pastors and comment freely on their abilities.

“The idea of a pastoral barometer is that pastoral work should also have quality,” one of its founders Andreas Hahn told the daily Die Welt newspaper.

Priests are rated on a five-point scale in one of five categories, including the quality of their work with youth and their ability to lead good church services.

Those who have already been evaluated include plenty of regular priests and pastors as well as notable figures such as Pope Benedict XVI (he scores 3.88 out of five) and the Archbishop of Cologne Joachim Meisner (he gets 3.49).

More than 200 people have put in evaluations so far, and as on many Internet forums, the comments can be harsh.

One person writes of Meisner that he “polarizes” and his understanding of the church is elitist. The statements of the Second Vatican Council have passed him by.”

So what do Church leaders think of the idea? Somewhat surprisingly, they don’t seem to mind all that much.

“An Internet platform on which one can express his opinion without fear, is wonderful,” Johannes Friedrich, a Lutheran bishop from Bavaria (rating 3.13) told Die Welt.

Jan Hermelink, a professor of theology at the University of Göttingen, told the newspaper the website was simply democratizing what parishioners have done for years: Talk about their pastor’s skills after church.