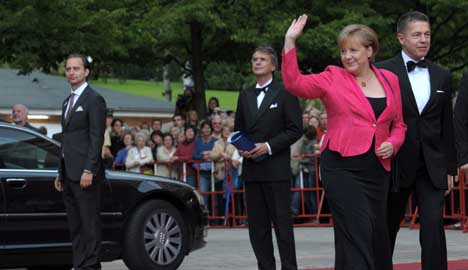 Erwin Teufel, former premier of the rich and powerful state of Baden-Württemberg, told the Frankfurter Allgemeine Sonntagszeitung that the Christian Democrats (CDU) lacked economic policy vision and had lost respect around Europe.

He added that loyal CDU voters could no longer recognise the party’s leadership abilities nor its core competence.

The party’s foreign affairs expert, Philipp Mißfelder, told the Ruhr Nachrichten: “Erwin Teufel speaks the feelings of many in the CDU.”

The party had to remember its core values and strengthen its profile, he said. Economic policy had to be returned to its place at the top of the party’s priorities.

The CDU parliamentary leader in the state of Thuringia, Mike Mohring, told Die Welt: “The CDU must accentuate its positions clearly and stand up for what it believes in politically.”

Mohring named as priorities a school system that recognised talent and rewarded achievement, and a family policy that ensured parents’ freedom to decide how they raised their children.

Schleswig-Holstein CDU chairman Christian von Boetticher took a more mixed view, saying the party should heed the counsel of its older members, who represented its roots, but added: “We must find for ourselves new answers to the demands of our time.”

Chancellor Merkel, who is currently having her summer holiday in the south Tyrol region, has come under fire over her handling of the European debt crisis and her reversal on nuclear policy among other things. The chief criticism is normally that she is reluctant to take a stand on issues regardless of their popularity.