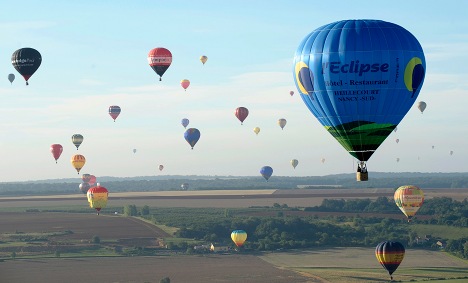 Extraordinary silhouettes weave an enchanting story in “Shadowland,” the acclaimed show by the American dance troupe Pilobolus. Witness the coming of age of an imaginative young girl as human figures transform into sensational shapes.

An enriching program of music, dance, literature, and cinema from Islamic regions around the world unfolds in Berlin this month during Ramadan. Fast, pray, and feed the soul with the beats of a German-Iranian drummer and the rhythms of Indonesian dancers during this holy time of reflection. Berlin band 17 Hippies kicks off the festival with an opening concert at the Museum for Islamic Art, Wednesday night.

The Purple One is cutting a funky-pop swath across the continent this summer with the “Welcome 2 America” tour. Catch him in Cologne Thursday. Go crazy!

Vivacity, creativity, and technical prowess define the Alvin Ailey American Dance Company. One of the most fabled modern dance troupes in the world, the skillful league twirls, leaps, stomps, and sways across the stage at Cologne’s Philharmonic Hall this week. A vibrant program combines elements of hip hop, Indian Kathak, and African American spirituals.

Oh to be young, beautiful, and gay. Show your pride this weekend in Frankfurt. The Christopher Street Parade kicks off Saturday morning at the Römerberg. Wave your flags and your feather boas and go ahead with your fabulous self through the city. Street parties keep the groove going late into the night.

Your kids can build robots with Legos this week at Frankfurt’s Museum of Applied Arts. The two-day workshop encourages creativity and collaboration. Once they’ve completed their robots, there’s no telling what extra-terrestrial adventures await.

Blumentopf, D-A-D, Momofoko, Alpha Academy, and more of the hottest rockers from Germany and Scandinavia heat up the stage at the St. Pauli Landungsbrücken, Saturday to celebrate Astra beer. Grab an icy cold bottle of the Hamburg brew and dance the day away.

Ever see anything prettier than a sky full of hot air balloons? There’s something so invigorating and adventurous about the site of them. Go pretend you’re a character in The Adventures of Baron Von Munchausen or The Wizard of Oz this weekend when dozens of the rainbow-hued orbs hover above the city.

Their upbeat new album It’s All True was inspired by Orson Welles. Boogie down with the Canadian rockers Tuesday when they stop in Munich. Junior Boys are only playing one concert in Germany this summer, so be there. Otherwise, you’ll have to wait until they’re back in Europe this fall.

Classic opera arias set a passionate tone at Königsplatz Friday night when three young opera stars take the stage. Sit beneath the open sky and be enchanted by the voices of Anna Netrebko, Erwin Schrott, and Jonas Kaufmann.

US soldiers organised the first soap box race in Munich in 1945, or so the story goes. Over six decades later young and old alike are still hammering together impressively crafted cars. Cheer on your favorite drivers Sunday as they race down Gebsattelstrasse. Drivers, start your engines! Or rather, don’t start them. Soap box derbies are naturally a motorless affair.

Location: Gebsattelstrasse between Haidhausen and the Au