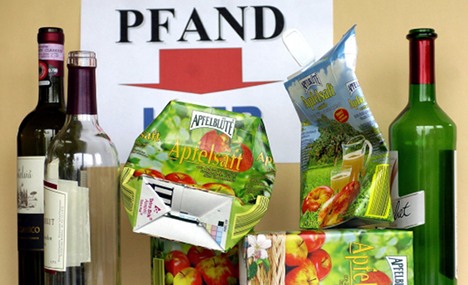 The proposal is being put forward by the German Association of Cities (DST), an organization that supports local governance nationwide, reports the Saarbrücker Zeitung.

Introduced in 2003, the deposit on returnable bottles applies to various types of beer, water and soft drinks. When consumers return the bottle to the retailer, they get their deposit back – typically around €0.25.

But the association says city leaders have noticed an increase in litter such as wine bottles in parks, public squares and streets in recent years.

They want the deposit extended to cover those items and other spirits sold in disposable containers.

Although a spokesman for DST acknowledged that citizens have the first responsibility to avoid littering he said the group was trying to think of “legal and practical ways” to reduce rubbish.

DST is also investigating ways a deposit scheme could be extended to other packaging from snack bars or kiosks.

The Green party praised the ideas.

“The exemption of certain beverages from the deposit has led to consumer confusion for years,” a spokeswoman for the Greens told the Saarbrücker Zeitung.