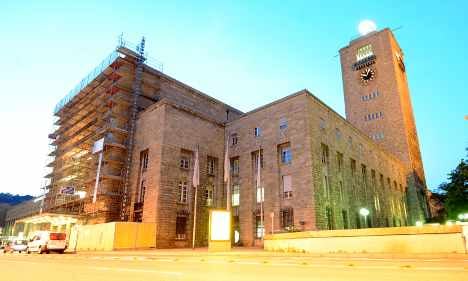 Opposition representatives Brigitte Dahlbender and Hannes Rockenbauch said they would boycott next Tuesday’s presentation of the test’s result, which apparently is set to green-light the controversial revamp of Stuttgart’s main train station.

The crucial section of the long-awaited report of Swiss engineering firm SMA was leaked to the press on Thursday – and it supports the claim of railway operator Deutsche Bahn that the project could result in at least 30 percent increased capacity.

“Our review of the simulation results has shown that the required 49 arrivals in Stuttgart main station during the busiest hours, and using the provided timetable, with economically optimal quality of operation, can be achieved,” said the report’s decisive sentence.

“We are happy with the result,” said Wolfgang Dietrich, the project’s spokesman.

But Stuttgart 21 opponents said the report was worthless as it did not examine how the new underground station would perform in the case of problems or emergencies. “A stress test without any stress does not deserve the label stress test,” said Rockenbauch.

They have now also walked out of the arbitration talks, chaired by Heiner Geißler, which were started after weeks of protests in Stuttgart last year. The rail project controversy contributed to the election of a Green-led coalition for the state of Baden-Wüttemberg in March.

Deutsche Bahn, the state government, Geißler and opponents had met three times in the last weeks to prepare for the presentation of the report, but opponents have been complaining about a lack of information from the side of the railway.

They also criticized Geißler, saying he was not as neutral as they had thought. He in turn said they were making a mistake by leaving the forum.

The official price tag is capped at €4.5 billion but some media reports suggest the true cost may be higher. Opponents have continued to mount protests against the project over the past year, calling it too expensive and unnecessary.